This is where daytime fun gives way to nighttime excitement. At Universal CityWalk the energy level rises as the sun goes down, as music, dancing, movies and more all come together.
Enjoy cocktails at the Red Coconut Club. Sing along to the dueling pianos at Pat O’Brien’s. Or dance the night away at the grooveSM. So grab your partner. Grab your friends. The party doesn’t end until 2 a.m. this morning. And the best part is, you can do it all over again tomorrow night.
Home to, fine and casual dining, shopping, dancing, state-of-the-art cinemas and more, Universal CityWalk is Orlando's hottest spot for entertainment. You can kick back and take in the good times at Jimmy Buffett's Margaritaville. Listen to live reggae at Bob Marley-A Tribute to Freedom SM. Enjoy great food and the excitement of professional basketball at NBA City. Rock 'n' roll at MOTOWN Cafe and the world's largest Hard Rock Cafe. Play mini golf and watch the world go by as the children play.

You're about to be plunged into a universe of mind-boggling, gravity-defying, pulse-pounding action. Together, Universal Orlando Resort's two spectacular theme parks offer 50 of the world's most amazing rides, shows, and attractions, from state-of-the-art 4-D attractions, to exciting water rides, to some of the world’s most pulse-pounding roller coasters, each thrusting you into some of the greatest movies and most legendary stories of all time. In Islands of Adventure you'll join Harry Potter and his friends in an unforgettable adventure on Harry Potter and the Forbidden Journey. Battle villains high above the streets in the 3-D thriller, The Amazing Adventures of Spider-Man. Blast off on a high-speed roller coaster rampage on The Incredible Hulk Coaster. Brave white-water rapids on Popeye & Bluto’s Bilge-Rat Barges. Ride Jurassic Park the ride and see the dinosaurs in their own habitat and feel the amazing drop as you flee from the T Rex. There's no limit to the thrills and excitement you'll experience at Universal Orlando Resort®. 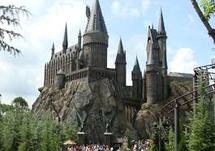 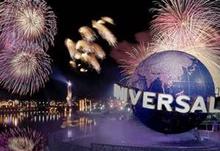 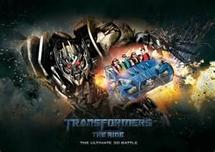 Zap an army of marauding aliens Men in Black the ride, soar through time and space, fly to the stars, and face the fury of a full-blown tornado. Careen and crash your way through Krustyland on the hilarious Simpsons ride and fight along side the Transformers.
Get ready for your close-up, as you plunge right into the action of your favorite block-buster entertainment. Ride the adrenaline pumping Rip ride Rockit roller coaster and star in your own music video, then plunge into darkness on the Revenge of the Mummy. Take leisurely stroll in to the world of Harry Potter and Ride the train from Daigon Alley to Hogsmeade and Escape from Gringotts Bank. Talk to the Goblins and dine in the leaky cauldron. Don't miss the hilarious Minions ride and Shrek.

Join in with Mardis Gras every spring and see the parade and concerts.

A family day out you will want to experience again and again. 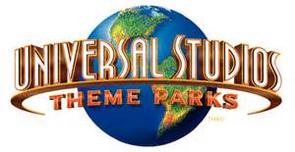